Have any questions? Get An Appointment
You are here: Home > Blog > [Portfolio Showcase Series] KEEPING THE MOMENTUM GOING ON PROPERTY #4 (PART 2) – REMOTE RENOVATION SAGA 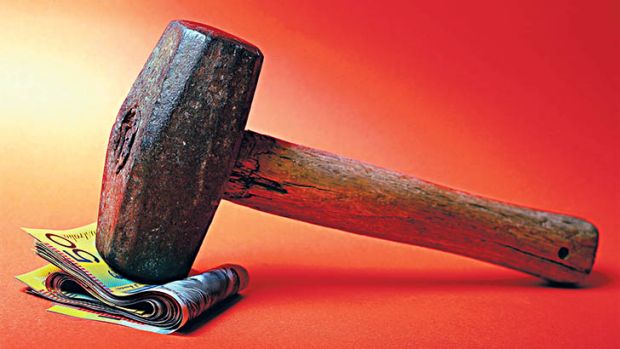 Continuing on from part 1, I have got all my ducks lined up, paid the builder and agreed on the start date. We are raring to go once property #4 in Woodridge is settled!!!

Well, at least so I thought.

The settlement date came, followed by the renovation start date. Learning from the last lesson about using a cash job tradie, I’m very keen to stick close to the builder this time and here is how it panned out.

In last week of October 2015, I paid the deposit of 25% as per the Work Order and then confirmed with the builder that project start date will remain the same. I’ve also kept PM in the loop on the work required as builder will need to pick up the keys from PM. All looks OK the week before work starts.

Come the first week of November, I texted builder for a progress update on Wednesday 4th November. No reply. I then called on the same day and it went into voicemail. I called again and texted again on Friday 6th of November to check progress – again no response. That’s when I start to feel things doesn’t sound right.

So on Friday 6th of November 2015 I’ve asked PM to attend to the property asap to check what’s going on. Come Monday 9thNovember 2015 she forwarded me a text which she sent to builder to attempt arrange a time to check progress which he didn’t reply so it got delayed again. It wasn’t until Wednesday 11th November she managed to get to the property and confirmed no work was performed. During the meantime I have continued to call and text builder every day and call either goes straight into voicemail or I have been advised that there is no space for further voicemail.

On the week starting 16th November I finally got a text reply from builder with two photos claiming that he’s in the hospital and will get admitted out the next day and will call me and sort this issue out. He never called the next day, and again I tried calling him multiple times but it starts to go straight into voicemail again. I contacted PM again for help which she then sent through a text asking builder to return the refund asap. Again no response.

That was the last I’ve heard from the builder. I’ve continued to call and text him throughout December without success. An official Request for Refund email has been sent to him dated 27thNovember 2015 and a subsequent Letter of Demand has been sent out the same day. Again there has been no response to-date.

That’s when I took this issue up to QBCC for further investigation and found he provided a fake license, so I was using an unlicensed builder after all! Once I provided all the details about the builder, PM and submitted the communication record, QBCC took their time to do the investigation and 6 months or so later, the case was subsequently closed with a formal letter concluding “unable to track down the builder via all possible means”. How disappointing!

I’ve also contacted Fair Trading QLD, again after a couple of months of investigating, it ended up the same result as QBCC….again another dead avenue!

Around the same time I’ve come to the attention I was not the only victim. There are a number of other investors who have also used this builder’s service so I reached out and we touched base to see whether we can get some justice on this case. I consider myself lucky as I only lost about 4K, some other investors have lost up to 20K and the work was completed half way! The builder didn’t even bother to come back and fix things up…and just done a complete runner!

We’ve decided to form alliance and was contacting law firm to get some quote and direction on how we can proceed with taking legal action against this builder. Out of the 5 victims, two of us (including me) had the least damage under $5000 so it doesn’t make much sense to spend even more money on something which we may not be able to regain my losses.

After evaluating the chances of re-claiming anything back, I’ve decided to drop out and not to proceed – I would rather cut my losses (despite I didn’t want to!) and put that towards the next IP. Looking back I’m glad I made the right decision, as I don’t think the alliance got anywhere in regaining any of their losses against the builder’s company who have liquidated…

So after losing 4K of cash, plus the place being vacant for about 2 months we arrived at the silly season – X’mas. Traditionally this is the most difficult time to rent the place out, so not surprised I didn’t get much interest in the course of December.

PM has since gave me some feedback from the open home, so I’ve decided I had to spend some money to get this place tidied up in order to attract a proper tenant. Ideally the work should be carried out asap…but am I going to look for another builder again, after the saga I have just gone through?

That’s when I decided after the latest experience I’m going to engage someone on the ground – a local Project Manager – to manage this renovation for me, to ensure the work is being carried out and to the level of quality I wanted! The last thing I want is to engage another dud builder and waste more time and money on this property.

Moral of the story – take all the necessary steps to verify any tradies’ license/accreditation from the offical body before signing any paperwork!

So I picked myself up and started searching for a good Project Manager. In part 3 I will cover the glory transformation of the Woodridge property once I got the right team onto the job!